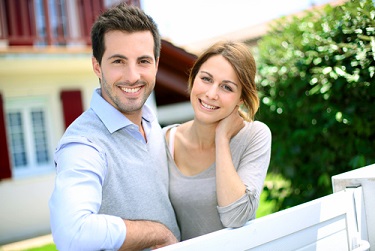 Couple Counseling is the traditional and most commonly used format for helping people work on relational problems, parenting, couple decision making and joint planning.  The intricacies of the dynamics in a couple relationship are much more complicated than those that occur with an individual.  Each individual is directly influenced by their past experiences of growing up.  Some grew up in family settings, others in orphanages or foster homes.  Regardless of their particular path, they were influenced by it.  Through the course of their growth individuals developed an attachment style.  This is the way we relate to others, seek affection and reassurance and a way we give affection and support.  Our specific attachment style is like an edge of a puzzle piece that fits with another person's edge.  This occurs early in the relationship.  This is the glue that holds people together and sometimes the fuel for their conflict.

Let's say a young female child was the "apple of her father's eye,"  his special princess.  She grew and developed as someone who wanted to be the most important person to her mate.  A young male child grew up in a family where his mother looked to him for her comfort and inspiration.  He was her "reason for getting up in the morning."  He wanted to be with someone who greatly and persistently appreciated him.  Later in life, these two individuals met and it was "love at first sight."  They felt like they "have known each other forever" and couldn't imagine being apart.

As much as there is a potential for both people to feel complete and satisfied in a relationship, there is also a potential for either or both of them to feel deprived, frustrated, diminished or even betrayed if their dynamic interchange is interrupted or derailed.  People's jobs can become demanding.  New babies may arrive.  In-laws may be intrusive, possessive or controlling or many other unforeseen variances could occur.  At this point, the couple struggles to maintain a positive view of each other, a good feeling about themselves and a sense of ongoing positive connection in the relationship.

It is quite common for a couple to seek help for their relationship by looking for couple counseling.  At James Foster & Associates, LTD couples are usually seen together from the beginning of treatment.  In order for the counseling to be comfortable and productive for the participants, they must each be able to say what they want without fear of reprisal.  They must be able to silently listen to their partner when their partner is speaking and they must be able to respect mutual boundaries if its decided by the couple to not discuss a particular issue between sessions.  If a couple meets this criteria, they are candidates for continued couple counseling.

There are also times when an individual is overwhelmed by issues that were not produced within the couple.  Examples of these issues may include:  a history of trauma in childhood or in an earlier relationship.  When this is the case, a decision may be made that for that individual to work on these issues in the context marital/couple  treatment or for them to attend individual treatment sessions along with the couple counseling.

In any event, the couple counseling treatment plan evolves throughout the therapy.  A series of decisions are made after careful consideration at each juncture.  FOR MORE INFORMATION ABOUT COUPLES COUNSELING PLEASE CONTACT US.