James Foster & Associates, LTD-Manchester NH
Contact Us for an Appointment

Teenager counseling is very important when issues of violence erupt in their dating relationships. When teenagers become involved in a violent relationship with an intimate partner they may be isolated from their friends and family.  Both the offender and the victim are greatly affected in this type of relationship.  This is a time when seeking professional help may be critical.  Some teenagers may develop unhealthy relational patterns and may lack the resources to relate in a more positive fashion. 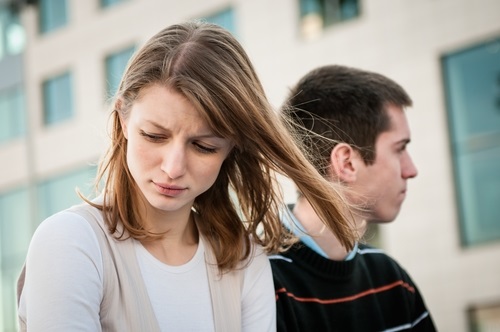 The teenager's relational style may be influenced by their family dynamics, peer pressure and their belief and attitude about the opposite gender.  They also may never have seen a healthy relationship that modeled a positive way of solving problems, responding to the other's feelings or a constructive compromise.  The teenager may be insecure, possessive, jealous, withdrawn and/or reactive.

Victim and Treatment of Teenager Violence

The victim in teenager violence should always have the opportunity of participating in treatment with a professional counselor.  Through an exploration of family dynamics and relational issues the victim can be helped to further develop their self esteem, sense of empowerment and explore healthy relational alternatives.

Offender and Treatment of Teenager Violence

At times, the law will become involved as a result of the violence between teens.  The consequence for the offender may be that of being screened for participation in a domestic violence program.  This can be a positive experience for an older teenager if the program is run in a positive and constructive fashion.  Older adults who are accepting responsibility for their own behavior can serve as positive role models for teenagers in this arena.  At times, teenagers may benefit from individual counseling regarding violence.  This would allow them to explore relational patterns, family dynamics, attitudes and beliefs.

To schedule an appointment or make inquiries